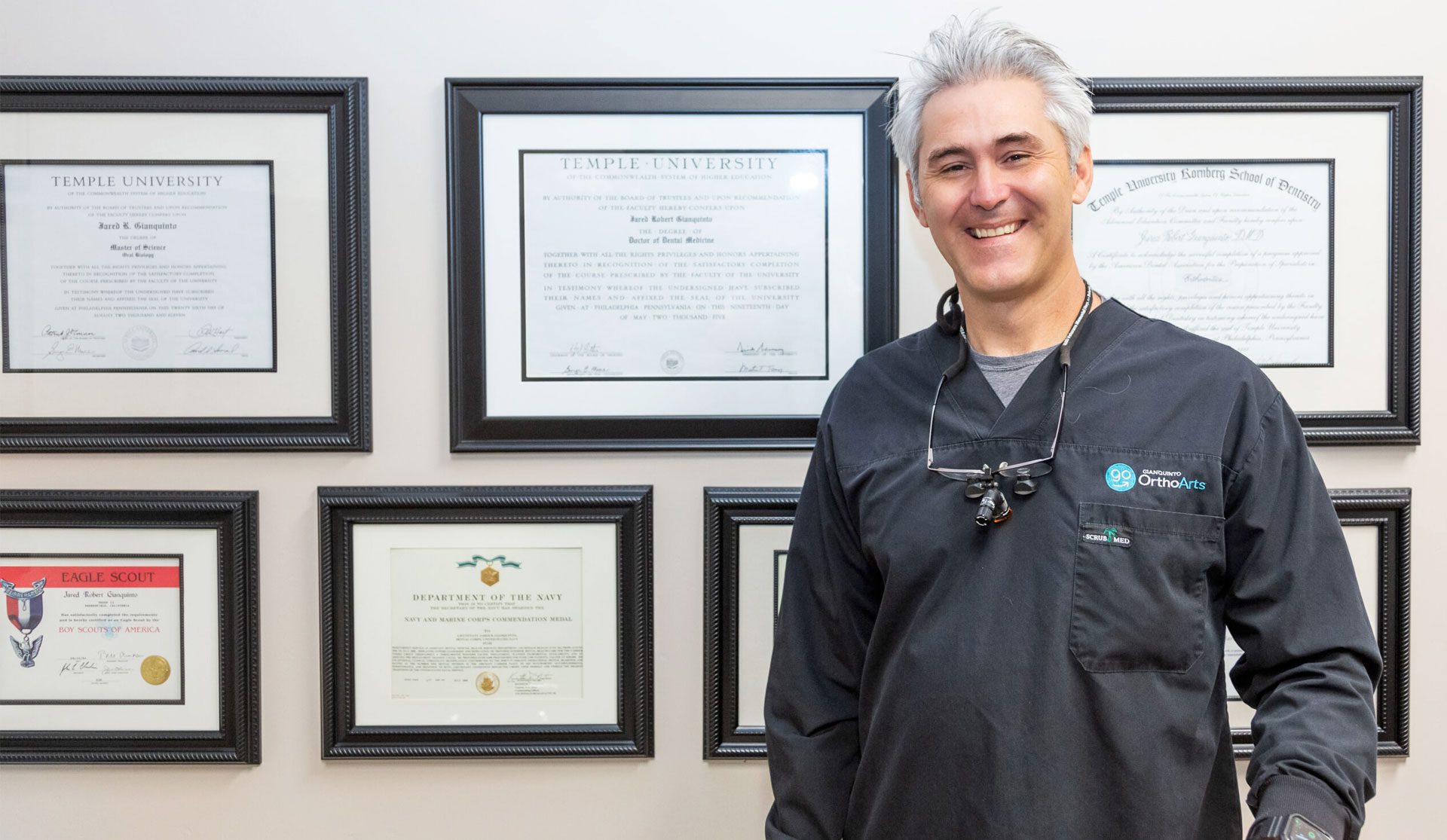 A National Leader in Orthodontics, Right Here in Bakersfield

Dr. Jared Gianquinto—known around the office as “Dr. G”—is a national leader in the orthodontics community, an awarded navy veteran, proud father, and aspiring bass guitar player (ask him about the guitars hanging in his office).

Born and raised right here in Bakersfield, Dr. G trained at Temple University School of Dentistry in Philadelphia, where he was inducted into the Endodontics and Oral Surgery honors societies.

After putting his dream of becoming a rock star on hold, he decided to join the Navy, so he went to the Naval Medical Center San Diego and completed an Advanced Education in General Dentistry residency. Then he served as Dental Officer aboard the aircraft carrier USS Ronald Reagan, which was much cooler than being in a band—especially that one time when he got to ride in a jet.

After two West Pacific deployments, Dr. G provided dental care for Marines all over the East Coast before becoming Chief Resident of Orthodontics and Dentofacial Orthopedics. As a Navy Dentist, he was awarded Navy and Marine Corps Commendation, Navy and Marine Corps Achievement and Humanitarian Service medals, two Battle “E” awards, and a Surface Warfare qualification. 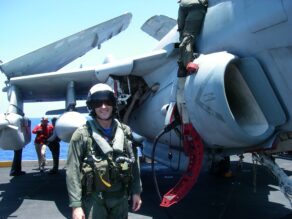 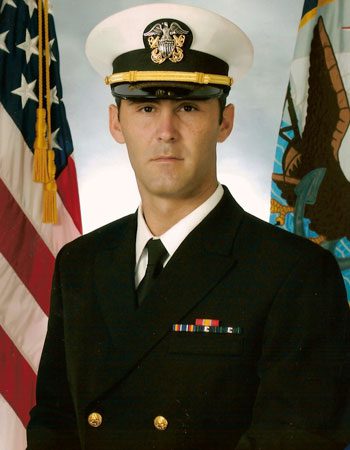 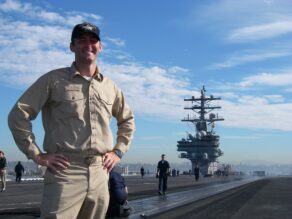 Besides traditional braces, Dr. G also has training in:

With a master’s degree in oral biology, he’s lectured for the American Association of Orthodontists and is the first orthodontist in the world to provide completely in-office custom digital prescription braces.

Outside of work, Dr. G enjoys hanging out with his wife Sarah, who is a 4th grade teacher, and their kids Giovanni and Bella. He pretends to be a pilot and a surfer, and sometimes moonlights as a fill-in bass guitar player for bands around town.

An awarded Navy veteran and international orthodontics expert (even if he can’t play most of those guitars hanging in his office very well), Dr. G is here to make Bakersfield smile. 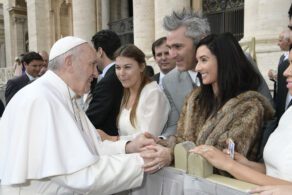 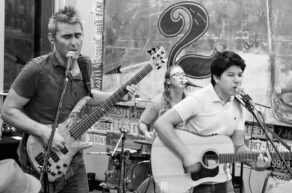 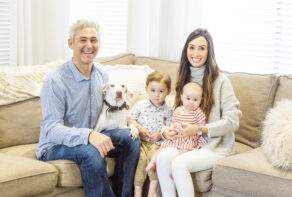 A Place You’ll Enjoy Visiting, Designed with You in Mind

We know your orthodontics appointment isn’t the highlight of your week, but we’ve tried to make our office a place you’ll enjoy visiting. Convenient, clean, and comfortable, think of it as a mini vacation from the humdrum craziness of your day.

Our office is a fun, relaxing place, but we know some kids and adults need more privacy, so we have a private treatment room for anyone who wants a quiet getaway.

Atmosphere isn’t everything, so we’ve also fitted our office with the best tech money can buy. In our 3D printing lab, we create dental replicas with just a simple scan—no more sticky, uncomfortable dental impressions! We’re one of only a few offices in the nation that uses this technology.

Bakersfield Native Certified Orthodontist US Veteran
The most efficient and comfortable braces in nearly half the time of anywhere else. 😁

When Kai came into our office with crowded teeth a

It means so much to us when patients leave their f

Does a total of 9 office visits sound too good to

Our office is our pride and joy! We love creating

@altasierraski is a Kern County gem for family fun

As a working mother of twins, Brittany needed to f

The Latest Technology,
Customized Just For You

You and your family deserve the very best. That’s why we use nothing but the latest and greatest technology to treat everyone who walks through our doors. For one thing, we’ve eliminated impressions—never again will you or your kids have to suffer through a mouth full of gooey dental mold. Nor do we use fragile plaster casts that will break in seconds. Instead, we use 3D scanning and printing technology to make your visit more comfortable.

Speaking of technology, this is the 21st century and braces need to get with the picture. That’s why we offer modernized solutions like InBrace lingual braces, which are worn on the inside of the teeth so they’re not visible. In fact, we’re the only office in Kern county to offer InBrace. Another great option is Stride by KLOwen: custom-made braces that fit better and shorten treatment time to nearly half that of traditional braces. This means fewer appointments and less pain—a result we’re definitely in favor of!

We don’t believe in forcing a fit. Instead, we customize each treatment option for the patient. Our office is a 100% custom shop where you can find all the personalized tools you need to perfect your special smile.

An Office That Gives Back, Helping the Community Smile, too

A former Navy veteran, Dr. G is committed to caring for veterans and their families. As a service to the community, OrthoArts offers free braces for children of Purple Heart recipients in Kern County. Learn more about the program and discover all the ways Dr. G and our office give back to Bakersfield.

A Dedicated OrthoArts Team, Here To Serve You

When you visit our office, you’re not just a patient or a customer—you’re family. Our crew cares and listens to you. From your first phone call to your last check-in, you’ll interact personally with our staff and talk to people who know your name. We take the time to build relationships with you and your family, and we adapt to meet your needs, offering flexible appointment scheduling and payment plans.

Come on in—we can’t wait to meet you!

Having spent more than five years helping transform patients’ smiles and confidence, Alyssa cherishes the friends she’s made here. Outside the office, you can find her hiking, exploring new places, and playing video games with her kids (yeah, she’s a cool mom).

As Clinical Supervisor, Kayla keeps OrthoArts running smoothly. Patients and staff alike benefit from her 15+ years in the field, pediatric and general dentistry experience, and RDA license. A mother of three, she enjoys shooting clay pigeons and being a professional manicurist.

A proud graduate of San Joaquin Valley College, Jessica’s favorite part of working at OrthoArts is being part of a great team and making patients smile all day long. She adores animals and, when not at the office, spends every moment she can outdoors.

Having recently completed her dental education, Tayten is overjoyed to work in orthodontics because it lets her be hands-on and apply her knowledge to improving patients' smiles. She's a big football fan and roots for the Pittsburgh Steelers. Tayten's favorite music is country and she was a softball player for 11 years!

Dr. G is great! Everyone is so welcoming and kind! I have very sensitive teeth and gums, so going to the dentist or orthodontist in this case, is not my favorite place to be; however, Dr. G & his assistants are very gentle, and made me feel at ease. I have had a very positive experience. I highly recommend OrthoArts!

Dr. Gianquinto and his staff are amazing! They are professional, knowledgeable, prompt, and caring. They are warm and welcoming from the moment you step through the door. I have had braces twice in the past by other offices and I can say Dr. G is the best. Highly recommend.

We love the care at OrthoArts!! Dr. G and his staff are kind, knowledgeable, and professional.

Dr. G is great! Everyone is so welcoming and kind! I have very sensitive teeth and gums, so going to the dentist or orthodontist in this case, is not my favorite place to be; however, Dr. G & his assistants are very gentle, and made me feel at ease. I have had a very positive experience. I highly recommend OrthoArts!

Dr. Gianquinto and his staff are amazing! They are professional, knowledgeable, prompt, and caring. They are warm and welcoming from the moment you step through the door. I have had braces twice in the past by other offices and I can say Dr. G is the best. Highly recommend.

We love the care at OrthoArts!! Dr. G and his staff are kind, knowledgeable, and professional.

Through a virtual consultation, you can chat with Dr. G from the comfort of your own home, discuss
possible care options for your smile, and get answers to all your questions.